Salus Consulting provides a range of services designed to simplify your life so that you can focus on what you do best: running and growing your small business.

Unlike most CPA firms, we have first-hand experience with many of the functions that you might be struggling with today, such as:

Our consulting services offer a unique blend of hands’ on operational experience as well as the financial and tax know-how you would expect of any CPA firm, such as tax and financial planning as well payroll and accounting services.

Our clients, many of whom are also based here in Atlanta, have chosen to work with us because we can offer more than just preparing accurate tax forms. We help connect the dots from where you are now to where you want to be.

Learn about our services

Salus Consulting is dedicated to helping our small business clients to achieve and maintain a strong financial foundation while also positioning them to achieve their future goals. 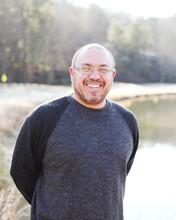 “I really understand the sense of accomplishment and the dedication it takes to build a small business.”

Alan Salus is a third generation small business owner, with over 20 years’ business experience. His well-honed instinct for identifying and exploring new opportunities comes from being exposed his entire life to the ever-changing dynamics that come with running a small business.

Before becoming a CPA, Alan managed the operations of several Atlanta-based manufacturing businesses.

While he started off by making just $7 an hour, he steadily worked his way up in experience, responsibility, and income at distributors such as American Honda and Alternative Apparel. His determination paid off when he agreed to serve as the warehouse manager for his friends who were just starting a business selling t-shirts. Over a five-year period, Alan helped grow Alternative Apparel (now a big, multi-million dollar business) from a 5,000 square-foot, one-man operation shipping five packages a day to a 30,000 square foot facility with 40 employees making several hundred shipments in a day.

Alan then transitioned into his current career as a CPA when he went to work for Habif, Arogeti & Wynne, LLP, a large regional accounting firm. While there, he worked with clients in the manufacturing, entertainment, and technology industries.

The opportunity to work with different clients across a variety of industries proved invaluable, jumpstarting his passion for serving the accounting and financial needs of small businesses. He eventually decided to open up his own CPA practice, serving small business clients located throughout the Atlanta region.

Alan’s personal motto is pretty simple: Given a choice between the safe route and the road less traveled he will nearly always pick the latter. Not surprisingly, his small business clients have a similar drive to succeed, often wearing multiple hats at the same time as they work to keep their business moving forward.

He is passionate about music, an interest that began in elementary school. He played the drums for about 15 years, practicing nearly every single day. While he enjoys listening to classic rock bands like Led Zeppelin and Metallica, he’s a diehard fan of Widespread Panic. To date, he has attended over 100 Widespread Panic concerts, road tripping throughout the southeast to catch their live performances. He has also been known to fly out Nevada, Denver, and Ohio.

An avid golfer and sports fan, he holds season tickets for the Atlanta Falcons and enjoys watching the Atlanta Braves. He is married with two young children. 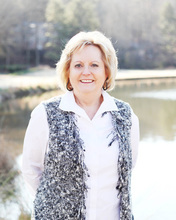 Katrina Bradbury is a Certified Public Accountant with over 30 years’ experience helping Atlanta-based businesses to better manage their accounting and financial needs. She is passionate about demystifying the accounting process for her small business clients, using laymen’s terms to explain complex topics.

Her clients are decision makers, accustomed to taking action and seeing the results of their actions come to fruition. This ability to have an immediate impact is why Katrina enjoys working with Salus Consulting’s small business clients, providing tax planning and tax preparation services that help them succeed.

When she’s not in the office helping clients with their tax planning, you will find her either on the baseball field or helping to raise awareness for one the many nonprofits where she is on the board. Katrina serves as the Chairman of the Hapeville Development Authority and is a board member of the Hapeville Arts Alliance. However, she is most passionate about her work with the Miracle League of Atlanta, which she held to form. In a joint venture with the YMCA, the Miracle League is working to create Atlanta’s first wheelchair accessible softball field. She is also board member for the Panther Athletic Club, a booster club for Georgia State University. She has a son and a grandson, both of whom also deeply love sports. 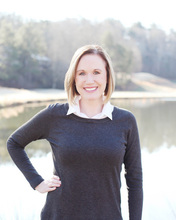 “We’re making a difference in our clients’ bottom line.”

Suzanne Hayes serves as the Director of Operations at Salus Consulting bringing over 18 years experience working with a variety of Atlanta-based business from small startups to Fortune 500 companies.

Whether she is doing accounting, vendor relations, payroll, office management, human resources, business development, or software integration, she has always been the person you go to whenever you need to figure how to get a job done. Seriously, she’s just that good.

Suzanne loves helping our small business clients to meet their goals. She received her undergraduate degree in business administration from Georgia Perimeter College. In 2013, she was one of three finalists recognized by the Women in Technology Association for their 2013 Women of the Year Award for Small Business. Suzanne had also been recognized as an honoree the previous year.

Her history of volunteering with Atlanta’s nonprofit community reflects a deep commitment to service. She was a member of the Next Wave Society at the Georgia Aquarium and worked as a volunteer for The Atlanta Opera. She also helped to start Red, White & Brew, an annual event that benefits Georgia Aquarium’s Sponsored Education Admissions program, teacher development, and H20 summer camps. Currently, she is serving as the Chair for the annual Roswell Azalea Festival Gala benefiting The Cottage School, a private middle and high school that provides individualized learning for students with special needs.

Suzanne is married and has two sons. She makes a point of never missing a Georgia Tech Yellow Jackets game and enjoys watching her teenage son play baseball. When she retires she fully intends to spend her days snorkeling and diving off the coast of St. John’s. When she’s not at work, she can usually be found chasing something in the ocean that probably does not want to be caught.